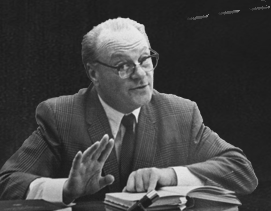 Organizational research has repeatedly shown that job attrition is hugely explained by the employee-boss relationship. It seems a major reason people leave their job is the jerk in charge. People leave their boss – not their jobs. Likewise when relations with key colleagues are not good or satisfying, people start to look elsewhere.

Research in Value Judgment has highlighted this phenomena and can diagnose these people before the attrition takes place.

Generally, people gravitate towards careers they’re interested in, are good at and have the most meaning for them. Money motivates some, power and status is important for others, but motivational experts Ryan and Deci discovered people need three values to have fulfilling and rewarding work lives; autonomy, mastery and purpose. People have innate needs to have decision-making responsibility, feel good at doing something and for this to be personally meaningful.

A value judgment profile assesses how meaningful an individual’s experience and perception of each of these values.

These same three values are measured by Hartman’s HVP and accurately depict the temperature of the work relationship between an employee and his or her leader. Several scales of the HVP scale speak to this phenomena. When the Internal profile extrinsic index is predominantly negative (the individual’s role is devalued, or they perceive their contribution is devalued) and the Integration index is high (decreasing capacity to integrate data, analyze and solve problems) people grow restless in their work roles. Sometimes, added to this is a negative valuation of others, specifically, their supervisor. In these cases, employees are in danger of leaving their jobs because they are intrinsically demotivated and extrinsically devalued. Autonomy, mastery and purpose are meaningful in theory but not in experience, leading these employees to add value another way.

Organizations can take the temperature of their people and analyze the leader-follower relationship more closely. If they cannot find ways to add value, they will lose their best people, creativity and innovation suffer as does performance and profits. Organizations can build trust and dedication with their employees by adding value to their working lives. They need autonomy, mastery and purpose. They can be intrinsically motivated with good working relationships and the acknowledgment that they are valued and their work is appreciated.